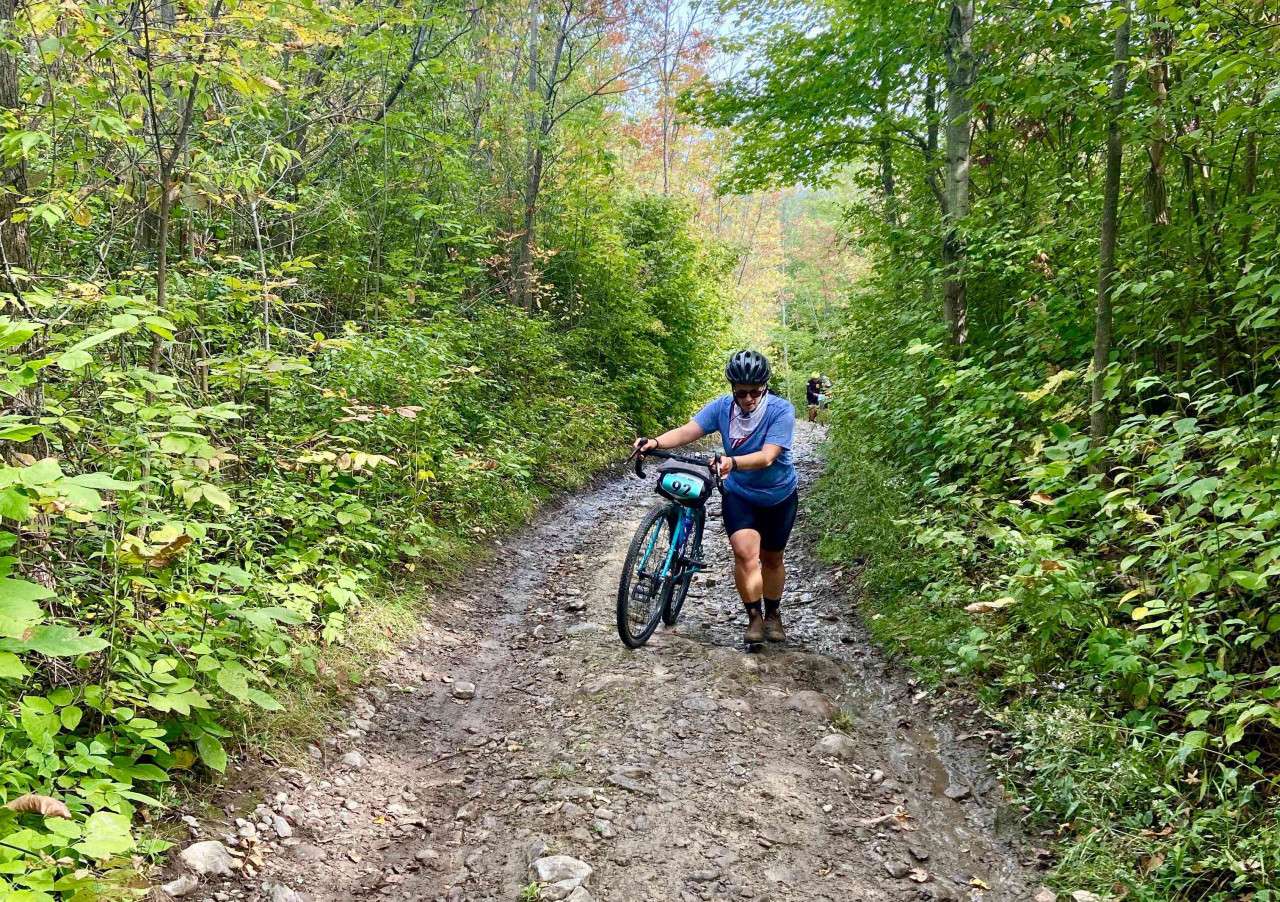 When my partner Natalie and I decided to sign up for the Reggie Ramble, a self-described “gravel grinder” event, we were admittedly both a little nervous. While we are pretty experienced cyclists (both having done overnight tours and long day rides over the years), the sustained output required to participate in a bike “race”, especially on gravel, combined with the amount of climbing required (1000m) had us questioning our decision.

While we both love the seclusion and peace of cycling on gravel roads, we are accustomed to rides that involve a significant number of rests, picture taking and picnic stops. What we didn’t realize when we first signed up is that a community gravel event like the Reggie Ramble could allow us all these things and more. Happy to be able to participate in a cycling event again, and with the event having covid safety measures set, we signed up for the shortest distance, 65km, which after some rerouting from the Reggie team due to rain, ended up being 72km. We always knew we would be at the back of the pack (our goal was to finish the race) and sure enough, after 5kms in we were at the back of the pack. We didn’t mind – almost immediately after riding out of the picturesque town of Warkworth, located in Northumberland County just NE of Rice Lake, we were greeted by some of the most scenic gravel roads we have seen anywhere – cattle farms, old wooden fences, and historic farmhouses interspersed with mixed forests and rolling hills. At the 15km mark it was starting to sink in just how long the ride was going to be. As we took our first break there were a couple of riders coming up behind us who decided to take a break with us. They were two extremely friendly members of the Pinoy Pedal Pushers, a recreational cycling club based in Mississauga with riders across the GTA. They were the largest organized group attending the Ramble – with 45 riders! We all admitted that it was our first ever bike race, and were similarly anticipating the climbing and “ambushes” (off-road ATV track sections with incredibly steep grades, covered with rocks the size of my head). But we brushed it off, laughing at my attempt to stretch out a leg cramp against my bike, which did not work very well. This was the first glimpse of the type of comradery and community that can be found in going to events like this. Because of the diversity of folks attending these events and the differing interests and fitness levels, the event ends up being what you make it– you can race if want or you can cruise and enjoy the amazing company and scenery. While we initially had it in our heads that we had to “race” it, we realized we could treat it like any of our other rides and stop as often as we needed, chat, and take photos of the beautiful scenery. As we carried on along the route we played “leap frog” with our new friends, taking turns to rest and refuel while waving, smiling and cheering each other on as we passed. Cycling further along the course we began to feel like we were part of a really fun community of “stragglers” thriving at the back of the pack. Along with the comradery and support of our new friends, we were greeted by even more dramatic vistas of changing fall colours and glorious views of Lake Ontario at the southernmost and highest elevation point of the ride. At around kilometre 55 my leg cramp had crept back up and was starting to give me some discomfort. One of our new friends offered me a salt stick tablet which I was grateful for, helping restore some electrolytes and helping me get through the rest of the ride with slightly more comfort. Around the same time, another rider in our group had run out of water and when we passed a local father and his young son (who was training for his first gravel event) out for a ride, the father kindly gave his entire water supply to our friend, allowing him to finish the ride with his thirst quenched. After leap-frogging each other for most of the ride, we, the happy stragglers, finished more or less all together, feeling so much joy and fulfillment at what we had achieved and for the support we had lent each other throughout the ride. Though it was difficult, we all came out of it with a renewed love for cycling, exploring our beautiful province, and for the community that surrounds this wonderful pursuit. To Plan a Ride in Northumberland County Visit:

About the Author: admin 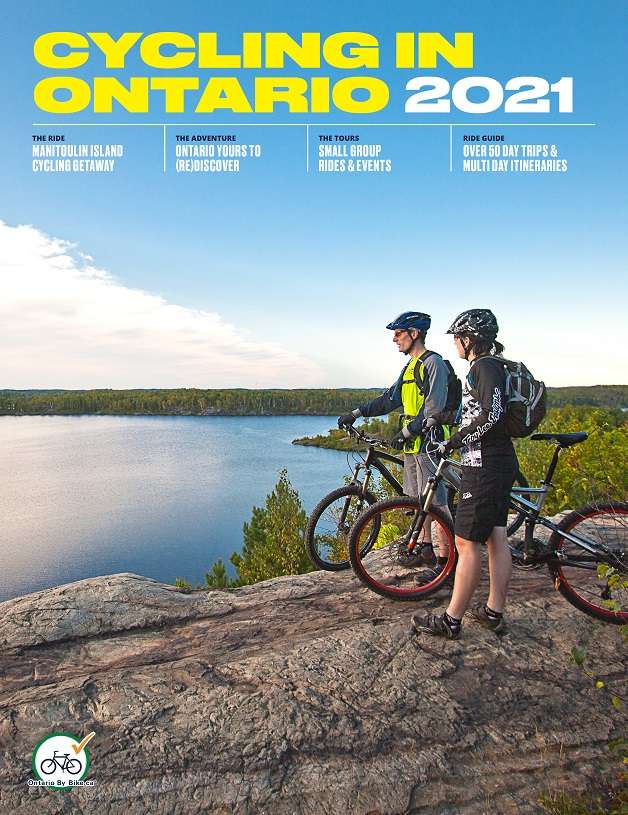 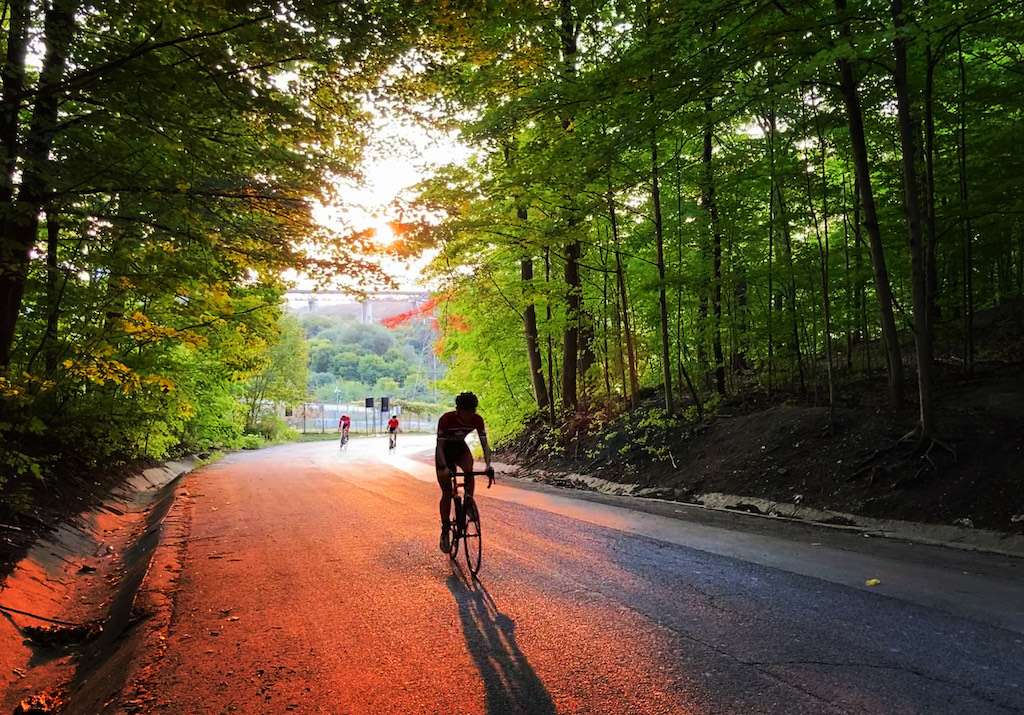 Take a brief survey that will help us get more info on the impact of cycling and cycle tourism in Ontario. Open until Dec 15, 2021. Thank you.