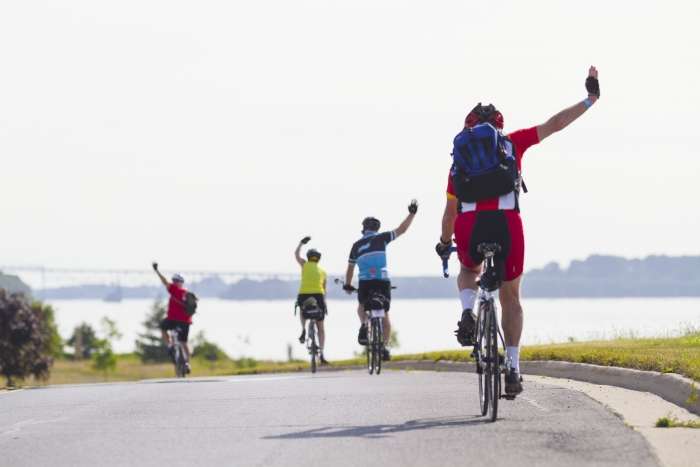 South Eastern Ontario has a wide range of bicycle routes that take cyclists across the region through vibrant communities, alongside scenic waterways and to quiet rural and naturalized settings. Explore from Quinte West, Belleville and Prince Edward County, continue eastward via Kingston and Gananoque, the 1000 Islands and the Waterfront Trail, Brockville, the St. Lawrence Seaway to Cornwall and the Quebec border.

Additional road riding routes north of the lake and St. Lawrence take cyclists to the Rideau Heritage Route and Frontenac Arch Biosphere and connect with routes to Ottawa.

Find 11 cycling itineraries and routes, for the south east region, available on-line and on printed map. These itineraries provide cyclists of all abilities with detailed information on routing, overnight accommodations, attractions and food services along the way. Routes include 10 routes for each sub-region and one 730km cross-regional route.

* Please note there are may be additional trails, routes, maps and information resources for the region that may be of interest and useful to cyclists. Changes to the above links, listings and cycling routes may occur.